About The Leukemia & Lymphoma Society

The Leukemia & Lymphoma Society® (LLS) is the world’s largest voluntary health agency dedicated to blood cancer. The LLS mission: Cure leukemia, lymphoma, Hodgkin’s disease and myeloma, and improve the quality of life of patients and their families. LLS funds lifesaving blood cancer research around the world, provides free information and support services, and is the voice for all blood cancer patients seeking access to quality, affordable, coordinated care. 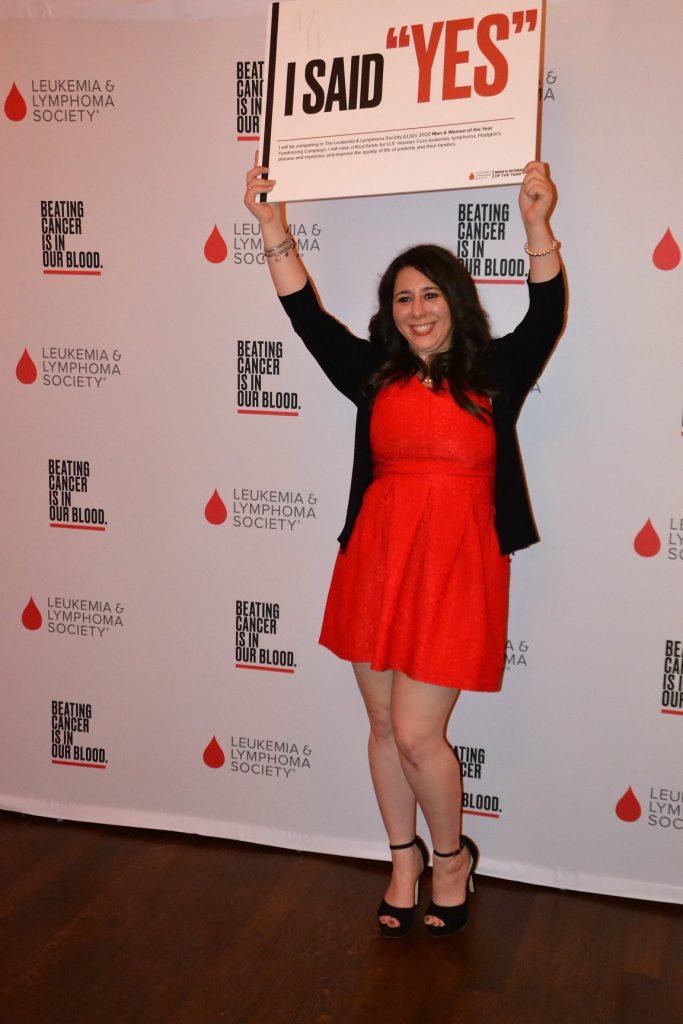 Founded in 1949 and headquartered in Rye Brook, NY, LLS has chapters throughout the United States and Canada. To learn more, visit www.LLS.org. Patients should contact the Information Resource Center at (800) 955-4572, Monday through Friday, 9 a.m. to 9 p.m. ET.

Visit the Man & Woman of the Year website (www.mwoy.org) and learn how you can become engaged with LLS.

Just as we add value to our clients’ bottom lines, we strive to add value to people’s lives. Giving back is part of our corporate culture. It’s how we do business. As individuals and as a group, we raise money for worthy causes, provide free business training for community members and mentor high school and college students. Since our founding, Jillian’s Circus has raised thousands of dollars and volunteered hundreds of hours to organizations such as:

Jillian Weston is pleased to announce she will join Local Leaders Across the Country to Compete for Cancer Cures. Weston has been nominated as a candidate for LLS’s 2020 Woman of the Year. Candidates across the county will form powerful fundraising teams and compete in honor of two local children who are blood cancer survivors.to raise the most funds for blood cancer research. Weston, Jillian’s Circus is one of an elite group of community and business leaders who will compete for the titles of LLS’s Man & Woman of the Year. Competing for these titles is an honor surrounded with a great deal of fanfare, including a full-page ad in USA Today.

Weston, got involved with LLS because she was astounded to learn how many of her close friends and colleagues have been effected by blood cancer. Weston hopes to have one small part in developing cures for those suffering today and in the future.

As a candidate, Weston will raise funds for a world without blood cancers between May 26th, 2020 and July 30th, 2020. The man and woman candidates who raise the most funds during the 10 week campaign will be awarded the titles Long Island Man & Woman of the Year at a Grand Finale on July 30th, 2020 during a virtual awards ceremony. The local winners are then entered into the competition for National Man & Woman of the Year titles.

LLS is the world’s leading non-profit voluntary health organization dedicated to finding cures for blood cancers and ensuring that patients have access to lifesaving treatments. Every nine minutes someone in the U.S. dies of a blood cancer. Through programs like Man & Woman of the Year, LLS has invested more than $1 billion in research to advance breakthrough therapies. The funds raised through LLS’s Man & Woman of the Year are used for:

“Through programs like Man & Woman of the Year, LLS has invested more than $1.2 billion in research to advance breakthrough therapies. This past year marked a new era in the treatment of blood cancer. In all, the U.S. Food and Drug Administration (FDA) approved 18 therapies to treat patients with blood cancer,”

said Sara Lipsky, LLS’s Long Island Chapter Executive Director. “But there’s still more work to be done. Our Man & Woman of the Year candidates embody the idea that any individual can make a difference with hard work and dedication. Finding cures takes us all.”

There are many ways you can support Jillian Weston in her quest for a world without blood cancers. Become a member of her campaign team, sponsor the Grand Finale on July 30th, 2020 or simply pledge to make a donation during her campaign.

START WORKING WITH US

"So that's us, improving your community one business at a time."

DO YOU HAVE A PROJECT, OPPORTUNITY OR ARE YOU JUST A LOOKING TO DISCOVER THE BEST MARKETING PLAN FOR YOUR BUSINESS?